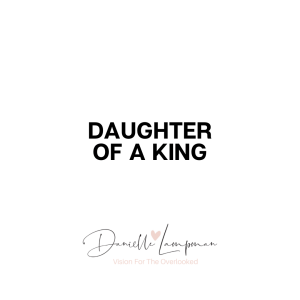 There are so many parts of the Bible that frustrate me. It doesn’t make Gods word not true just because it frustrates me, but instead makes me fervently cry out to God for justice. Especially when it comes to women and how they were and still are treated by men. I’ve had a lot of talks with the Lord about this, and have prayed for a lot of women who are in relationships with men that have little or no respect for them, their wives, daughters, sisters. I have prayed for my own heart when reading stories like these in the word. Being a woman who has been treated unrighteously by multiple men, it makes me that more passionate about sharing with my sweet sisters of something the Lord taught me.

“Now King David was old and advanced in years. And although they covered him with clothes, he could not get warm. Therefore his servants said to him, “Let a young woman be sought for my Lord the king, and let her wait on the king and be in his service. Let her lie in your arms, that my Lord the king may be warm.” So they sought for a beautiful young woman throughout all the territory of Israel, and found Abishag the Shunammite, and brought her to the king. The young woman was very beautiful, and she was of service to the king and attended to him, but the king knew her not.” 1 Kings‬ ‭1:1-4‬ ‭ESV‬‬

“So Bathsheba went to the king in his chamber (now the king was very old, and Abishag the Shunammite was attending to the king). Bathsheba bowed and paid homage to the king, and the king said, “What do you desire?”” 1 Kings‬ ‭1:15-16‬ ‭ESV‬‬

How Bathsheba must have felt walking into a room where a woman, much younger then her was attending to her husbands needs. He didn’t need to “know her” (that means sleep with her) for Bathsheba to feel betrayed. Bathsheba was also once taken by King David, for his sexual pleasure. Now watching as this young woman was attending to and keeping her husband warm. How insulting it would have been to bow to him?

I remember the Lord speaking to my heart a few years ago as I wrestled with the treatment of women “the way daughters are treated in my kingdom looks much different then how they are treated in this broken kingdom.”

I look forward to the day when women are more then eye candy or a warm body. Instead when they are treated with mutual respect. Honoured. Cherished. Loved.

Lord I pray for your Kingdom to come and your will be done here on earth as it is in heaven! I pray for freedom for both men and women today. Let the desires of our hearts be honouring to you! ♥️🙌🏻

Share
Pin
« SATISFIED
OUR TONGUES ARE SET ON FIRE BY HELL »

Stay up to date with all the latest